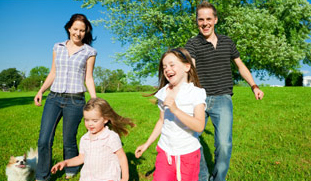 Allergic rhinitis, often called allergies or hay fever, occurs when your immune system overreacts to particles in the air that you breathe-you are allergic to them. Your immune system attacks the particles in your body, causing symptoms such as sneezing, runny nose, watery and itchy eyes, and itchy ears, nose, and throat. The particles are called allergens, which simply means they can cause an allergic reaction.

People with allergies usually have symptoms for many years. You may have symptoms often during the year, or just at certain times. You also may get other problems such as sinusitis and ear infections as a result of your allergies.

Over time, allergens may begin to affect you less, and your symptoms may not be as severe as they had been.

Young children are more likely than older children or adults to put small objects-such as beads, dried beans, popcorn, plastic toy pieces, foam rubber, or small batteries-up their noses. If the child doesn't tell you about it, your first clue may be a bad-smelling green or yellow discharge or blood (epistaxis) from one of the child's nostrils. The child's nose may also be tender and swollen, and may have trouble breathing.

Most nosebleeds are not usually serious and can be stopped with home treatment. Most nosebleeds occur in the front of the nose (anterior epistaxis) and involve only one nostril. Some blood may drain down the back of the nose into the throat. Some medical problems may also cause nosebleeds: